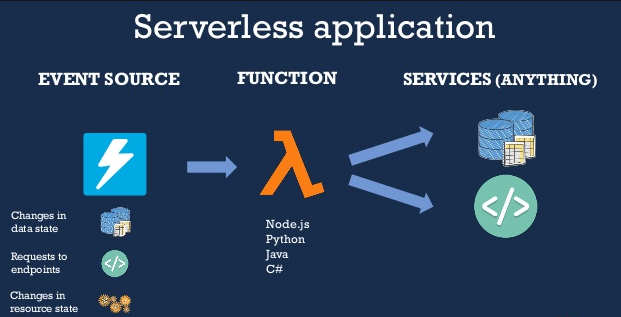 Serverless applications are applications that are run with serverless architecture. Serverless is a cloud computing execution model that allows cloud providers to manage servers for different sites through a dynamic, completely virtual process that eliminates the need to have a dedicated physical server for your application.

One of the best all-around advantages of serverless architecture is that serverless handles all of the infrastructure of your app for you. You don’t have to worry about the back-end management of an app’s server anymore. Serverless takes care of all of that for you.

That relief of responsibility presumably frees up a lot of time for you to focus on the development of other important components of your app, such as UX and UI design that improves the interface and user experience of your app as a whole to draw in more users.

Serverless apps also share server space with other apps. Other businesses use the same virtual environment to host their apps alongside yours. This creates a share-of-cost model that in turn saves you a lot of money on hosting your app.

Plus, you can change the capacity you pay for over time. If your app grows and requires more server capacity, you can pay for that capacity—but unlike with a server-dependent app, you don’t have to pay for that extra capacity until the time comes when you actually need to use it.

With a serverless application, you can choose to increase or decrease the server capacity you pay for depending on your app’s fluctuating needs. This scalability gives you the freedom to pay for a small amount of server capacity for your app when you first develop it and increase the amount of capacity you pay for as your app—hopefully—grows and requires more server space to run.

Latency is the amount of time it takes data to get from its starting place to its destination, or from one place to another. In terms of apps, lower latency means faster speed. Speed—including download speed—is one of the top determining factors of how successful an app will be. In most cases, lower latency of an application leads to higher success for that app in the mobile marketplace.

Serverless architecture decreases latency of applications. Serverless applications are not hosted on an origin server that is stuck in one place. That means that code for serverless apps can be run from anywhere, which in turn decreases the amount of time it takes for the app’s data to reach users’ devices and increases the speed at which the app downloads and runs.

This model of app development is unnecessarily expensive, as noted above. However, it also discourages many app developers from taking chances and experimenting with new apps if they’re not certain those apps will take off and become popular enough to make them worth the amount of money that was upfront on building their dedicated servers.

Developing a serverless application decreases those concerns because it allows you to pay a smaller amount for less server capacity for your app upfront and then increase that capacity if and when your app grows and gains more popularity and more users.